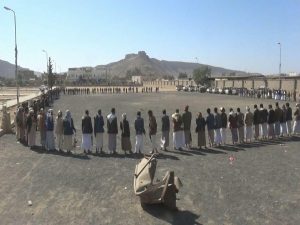 Tribes and sheikhs of Saada province on Saturday stressed on the importance of the ongoing support to the Yemeni army with food convoy and fighters to confront the US-backed Saudi-led coalition and its militias in battle fronts.

During a tribal rally, the participants stressed on the importance of active movement to foil the coalition’s plot that target Yemen.

They affirmed stand united and keeping the internal front to defend the homeland.

The tribes praised the triumphs made by the army against the coalition and its militias.