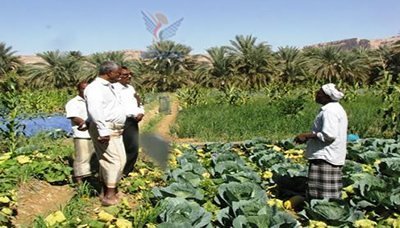 The General Corporation for Cereal Development and Production , in January 9 , 2019, honored the winners form five district of Hodeidah province in the province of Hodeidah with the award of the Martyr Ex-President Saleh Al-Samad for grain production in 2018.

At the honoring ceremony, the acting governor of Hodeidah province, . Ayyash Qahim, stressed the importance of honoring eligible farmers from the targeted district, which contributes to encouraging farmers to produce crops, especially grain crops.

He pointed out that the Martyr Saleh Al-Samad Award for farmers comes within the special attention of the political leadership to support the farmers to achieve self-sufficiency of agricultural crops.