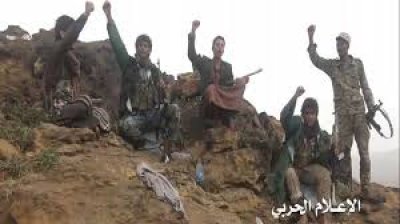 A tribal meeting in Khawlan province of Sanaa province, chaired by head of the Supreme Revolutionary Committee Mohammad Ali al-Houthi and Sanaa Governor Haneen Qutaina, on Tuesday discussed aspects related to strengthening steadfastness in the face of aggression.

During this meeting, al-Houthi hailed the role of sheikhs and social figures in Khawlan tribes in confronting the schemes of the US-backed saudi-led aggression and their attack targeting the country.

The meeting comes to prepare for the marking the martyr’s anniversary, dealt with preparations of a winter food convoy which will be sent by Khawlan tribes to support the army in the fields of steadfastness.