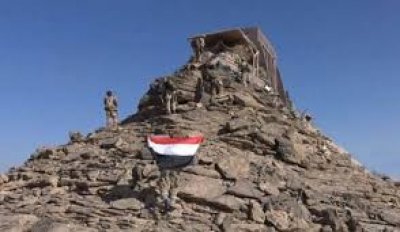 Military parade held in Hajjah to mark the Martyr’s Anniversary

The Hajjah Security Department , in January 14, organized a military parade in honor of the Martyr’s Anniversary and a confirmation of the path of the martyrs.

During the military parade in which the various security units participated, Director-General of Hajjah Security Department, Brigadier General Abdullah Al-Tawoos, praised the sacrifices of the martyrs who sacrificed their lives in defending the country, its freedom, independence and sovereignty against invaders and aggressors.

He stressed the importance of following the path of the martyrs and following their orientation and fulfilling the principles that they sacrificed for themselves.

“The security men in their various security units renew the pledge to the martyrs that they will remain the watchful eyes and the protective shield to preserve the security and stability of the province in the face of all those who seek to undermine the security of society,” he said.

Al-Tawoos also affirmed the readiness of the security services to redouble their efforts to defend the homeland and its security and stability. He called for paying attention to the families of martyrs and wounded in appreciation of their sacrifices for the dignity and independence of the Yemeni people.